This 15th anniversary of the 9/11 tragedies falls on a Sunday, so I attended mass as I do on rhis day. Earlier this morning I watched, as I have every year, a portion of the service held in memory of the many who died that day. I cry every year watching their heartbroken family members speak their names so that we may remember.

Because, like so many others, I do remember, this evening I will stand for peace in solidarity with my fellow interfaith council members at a prayer service. We will gather at the local mosque to pray for the many who died that day in New York, Washington, D.C., and Pennsylvania.

There is an Islamic saying that says that a person is either a brother in faith or your equal in humanity.

The Islamic community in my township, which organized tonight’s service, has repeatedly lived this out, speaking out against those who justify their terror by faith.

I remember the chaos in Manhattan that day, people scurrying through the streets in midtown Manhattan where I worked as a magazine editor. In loud shouts my co-workers and I had been ordered to leave our Times Square skyscraper and make our way down stairs. In a rushed panic we went down those same stairs weeks after when there were bomb threats.

There is so much more to that day, but despite the shock and profound sadness felt for days, I experienced nothing compared to those who worked and lived near the site of the attacks, or those who lost a loved one.

My day in Manhattan ended on a small small boat ride across the river accompanied by others who lived in Jersey and a machine rifle-carrying soldier. I will never forget the silence on that ride, nor the cloud of smoke in the New York skyline. It was impossible to find my husband in all the crowds and the confusion there was in Hoboken New Jersey. We found each other back home in Middlesex County. From his office tower in midtown he had seen the planes hit the towers before they fell.

My family was fortunate. My cousin, who worked in one of the World Trade Center, survived that unconscionable tragedy.

So today, in memory of all who died, but also in thanksgiving for his life and the thousands saved by first responders, I stand for peace. This really is the challenge left for the living, isn’t it? And not just because of 9/11, but because of all the hate, politics and indifference that reigned on the world before those attacks and continues to today.

Standing is not enough, though; neither is just praying for peace. I also have to continue to work for it in my corner of the world. 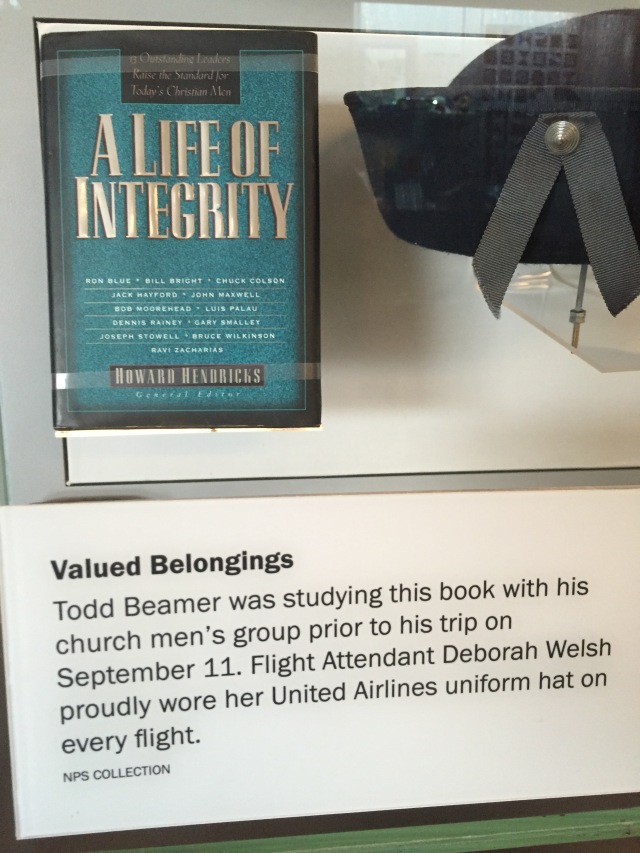 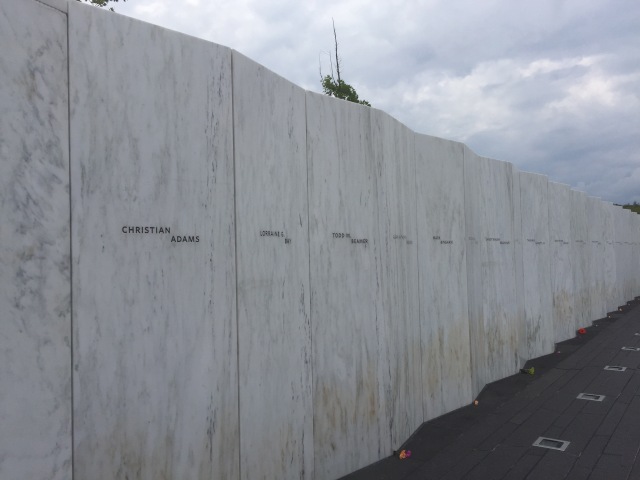 Tribute Wall at the Pa crash site of Flight 93 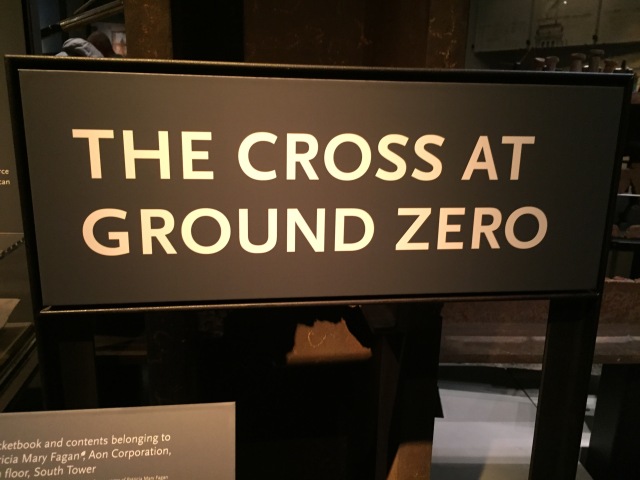 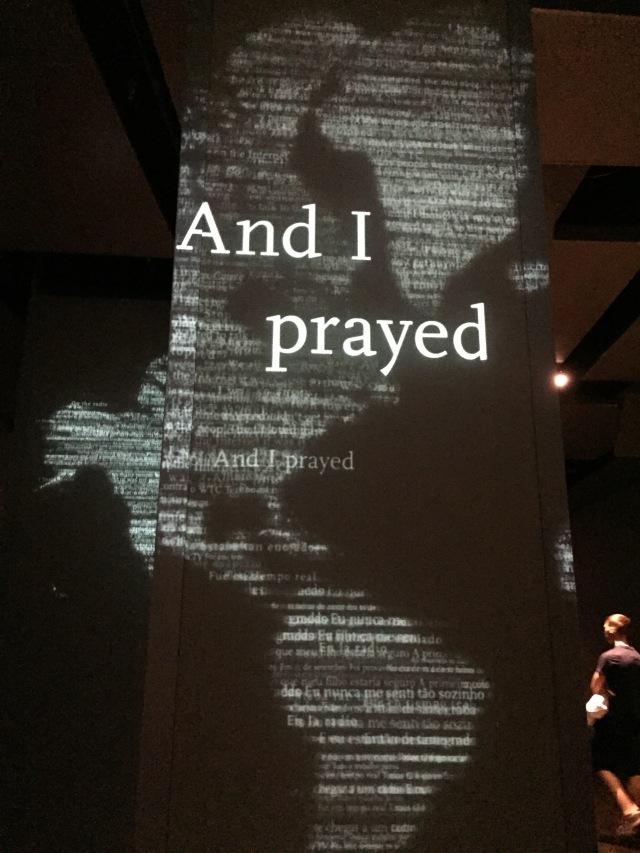 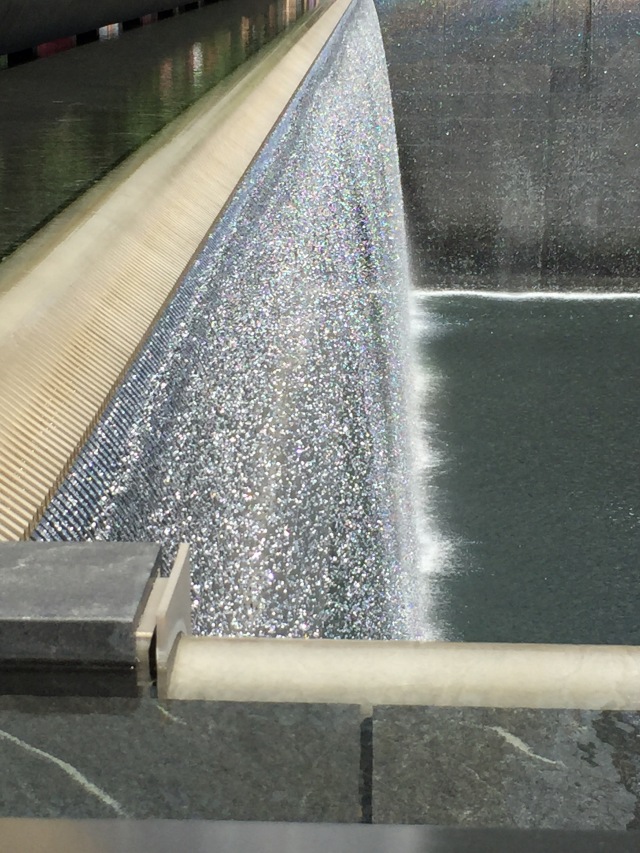